Dr. Javier Galbally received the M.Sc. degree in Electrical Engineering from the Universidad de Cantabria, Spain, in 2005, and the Ph.D. degree in Electrical Engineering and Computer Science from the Universidad Autonoma de Madrid, Spain, in 2009, where he was an Assistant Professor until 2012. In 2013, he joined the EC in DG Joint Research Centre, where he worked as a Scientific Officer until 2022 when he joined the Research and Development team within the Building Capability Sector at eu-LISA. His research background is mainly focused on the security and performance evaluation of biometric systems, development of pattern recognition and machine learning applications, and the use of data science on large scale IT systems. He has authored more than 100 scientific publications in the field of data science that have produced over 6000 citations. He is the chair of the EAB-RPC conference and the recipient of a number of awards and distinctions in different scientific international peer reviewed conferences.

Jeroen de Graaf is Program Director of Borders & Security at the Ministry of Justice and Security in The Netherlands. He is responsible for the implementation of the Interoperability regulations package in The Netherlands as well as innovative border management projects. Previously he has worked as a Director for Diplomatic Security at the Ministry of Foreign Affairs and served as ambassador in Trinidad and Tobago. Jeroen de Graaf has a master’s degree in International Law and in Public Management.

Dutch Ministry of Justice and Security

The Ministry of Justice and Security is responsible for justice, imprisonment and public security, and the coordination of the counter-terrorism policy.

The National Center for Scientific Research “Demokritos” (NCSR “Demokritos”) is the largest multidisciplinary research center in Greece, with expertise and infrastructure in the fields of Nanotechnology, Energy & Environment, Biosciences, Particle and Nuclear Science, Informatics and Telecommunications. NCSR “Demokritos” conducts world-class basic and applied research, for advancing scientific knowledge and promoting technological development in selected areas of national socio-economic interest, graduate education, and professional training. It consists of five Institutes and a number of different labs within each Institute.

Dr. Stelios C. A. Thomopoulos is Director of Research and Head of the Integrated Systems Laboratory (ISL) at the National Center for Scientific Research “Demokritos” (NCSRD). Prior to joining NCSRD he has been an Associate Professor with the Departments of Electrical Engineering at The Pennsylvania State University and the Southern Illinois University. He is also founder of Intelnet Inc. in USA (1992), a high-tech company specializing on biometrics access control and time & attendance products. He is credited with over 250 publications, over 2800 citations, and the US Patent No. 5,978,495 for the design and implementation of a fingerprint recognition system. He participated in numerous US, EU and nationally funded projects and as a premier consultant and advisor to the US Air Force Predetection Fusion Program.

SITA was established more than 70 years ago to facilitate the flow of air travel information. Since then, we have been at the heart of the travel and transportation sector, facilitating the passenger experience through stakeholder collaboration. In recent years, this need for collaboration and information / data sharing has accelerated. Partially due to the ever-increasing volume of travellers, but also as a result of the rapid advances and acceptance of self-service and biometric technologies in the sector. During the pandemic, we help many of our 70+ government customers control their borders and prevent the spread of the virus.

Michael Zureik works for SITA Lab, the research and development division within SITA, focusing on digital identity and biometric verification. Michael is the architect for a series of pilot projects with the Aruba government, including their DTC pilot using Self-Sovereign Identity. Prior to working for SITA, Michael spent over 20 years consulting to various departments within Government Canada, including: border control, immigration, civil aviation (aviation security), justice, and intelligence. Michael was also the enterprise architect for CATSA, helping with the introduction of biometric access cards. Michael’s business acumen across the travel continuum, combined with his technical expertise, provides insight to government and industry alike.

Amadeus is one of the top ten travel technology companies in the world. As a travel technology company Amadeus build the critical solutions that help airlines and airports, hotels and railways, search engines, travel agencies, tour operators and other travel players to run their operations and improve the travel experience, billions of times a year, all over the world.

Shankar Gnanasekharan is a lead expert at Amadeus. He has 20 years of experience working in the travel industry as a developer and business analyst.
He has extensive experience in the regulatory messaging domain and responsible for managing integration of API and iAPI programs in my current role. 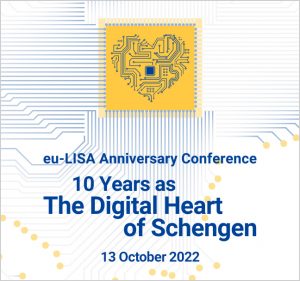 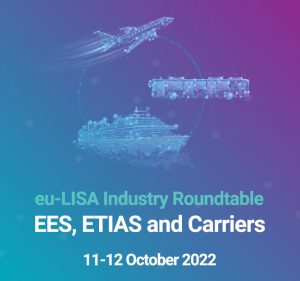